Are you ready to reign over the Pride Lands and throw the ultimate Lion King-themed birthday party for your little cub? Look no further because with a little creativity, some clever shopping and a budget of just $100, you can host a celebration that will have your guests singing 'Hakuna Matata' all night long.

The Lion King is one of the most beloved movies of all time, and what better way to celebrate your little one’s big day than with a party inspired by the film?

Are you ready to reign over the Pride Lands and throw the ultimate Lion King-themed birthday party for your little cub? Look no further because with a little creativity, some clever shopping and a budget of just $100, you can host a celebration that will have your guests singing ‘Hakuna Matata’ all night long. 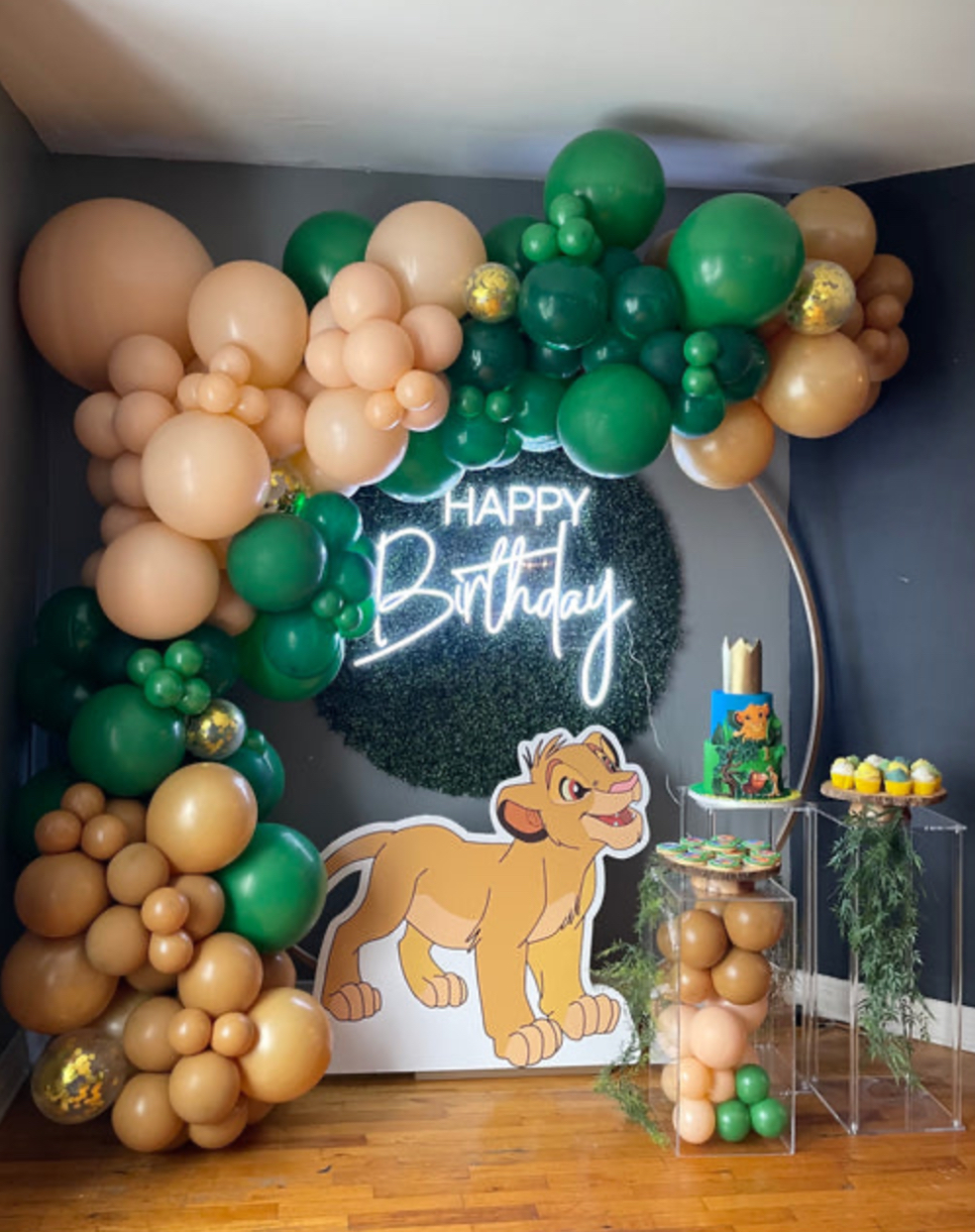 Create a stunning balloon arch as the backdrop for the party using yellow, orange, and brown balloons to represent the savannah. You can also add some balloon lions and cubs for a playful touch. 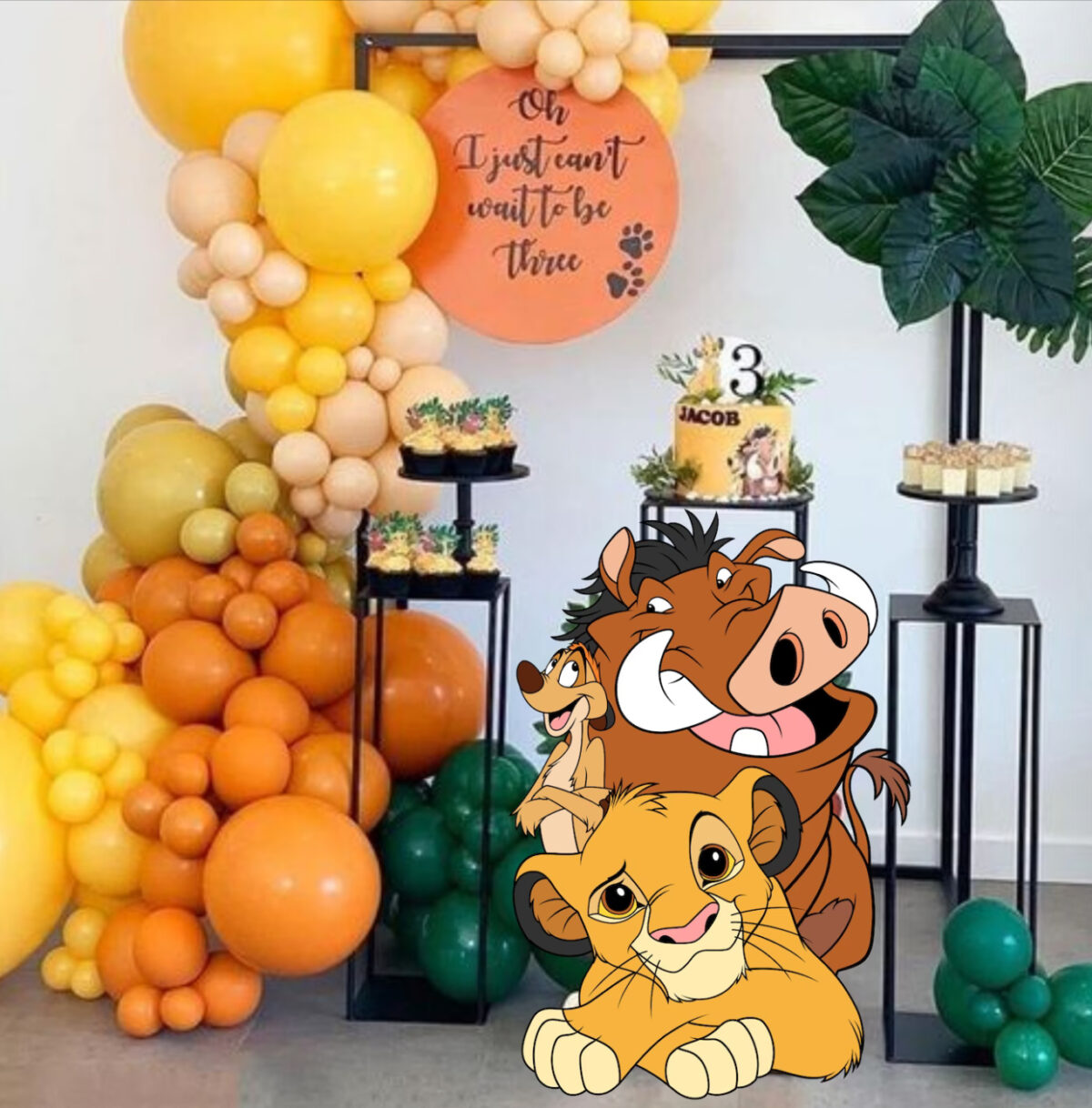 Print out large cutouts of Simba and Nala, the main characters from the Lion King, and place them around the party space. You can also add cutouts of other popular characters like Timon, Pumbaa, and Mufasa. 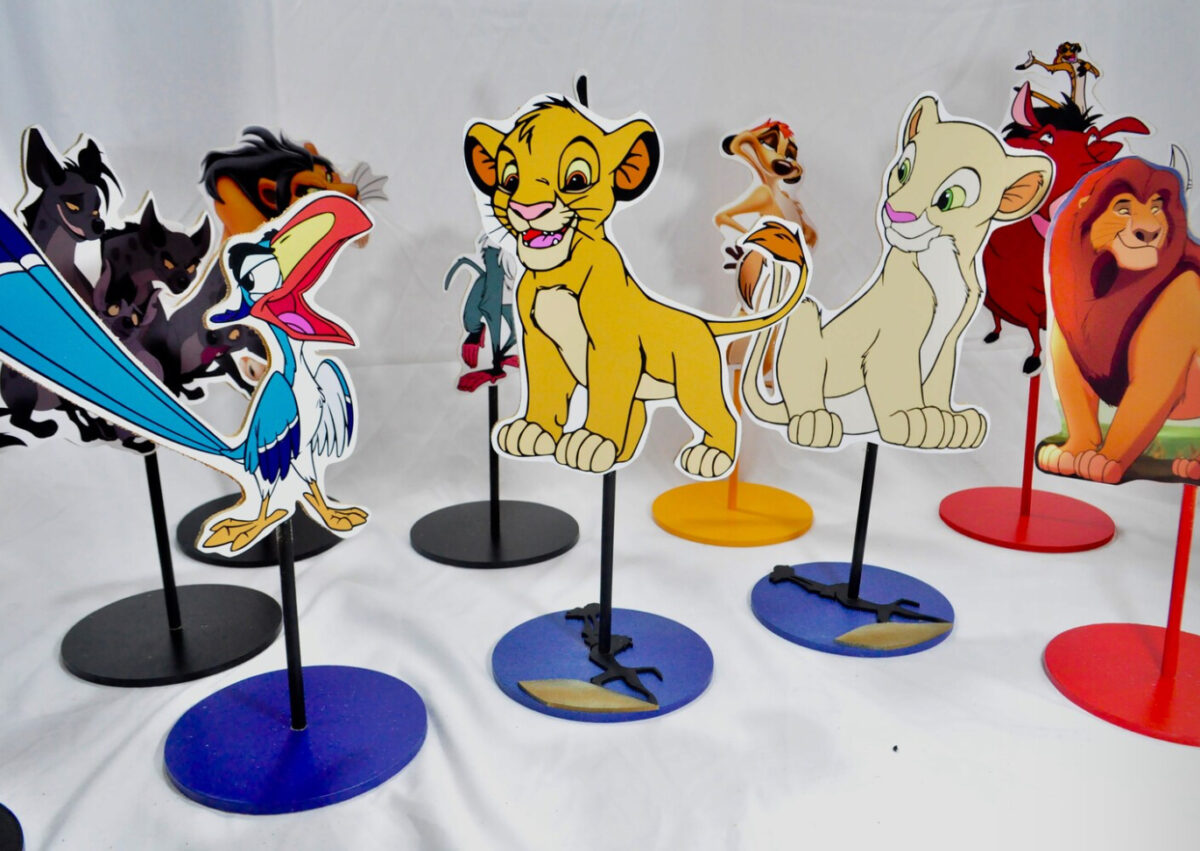 Create simple yet effective centerpieces using terracotta pots and paint them to resemble the Pride Lands. You can also add some artificial grass and small lion figurines for added effect.

Dress up the party table with a Lion King-themed tablecloth and plates featuring Simba, Nala, and other characters.

Create a photo booth with a lion king background and props like a lion king ears and tail, so the guests can take a photo as a memory of the party.

Create a realistic Pride Lands scene using Lion King Scene Setters. These are large plastic decorations that can be hung on walls to create the look of the savannah. You can add some cutouts of Simba, Nala, and other characters to complete the scene. 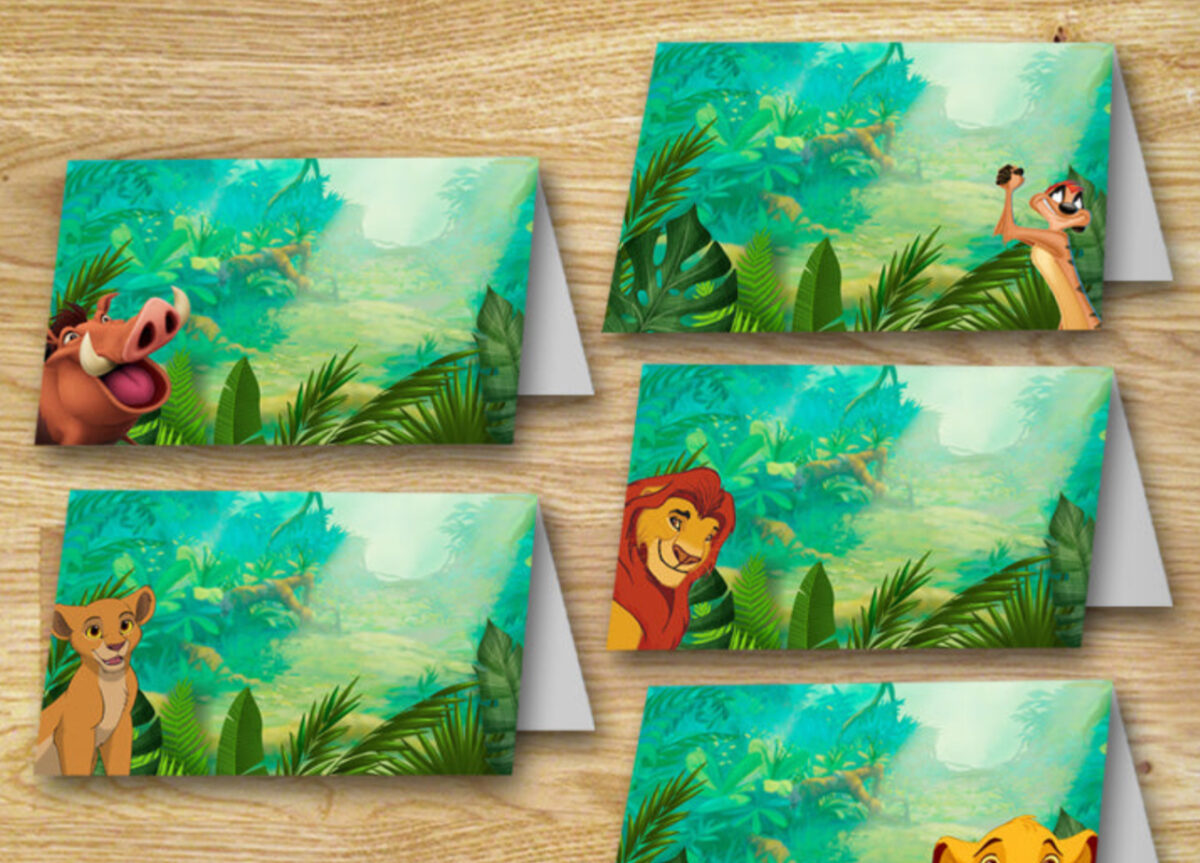 Create food labels to match the theme of the party. You can use Lion King-themed images, such as Simba, Nala, and Pumbaa, to label the different dishes. 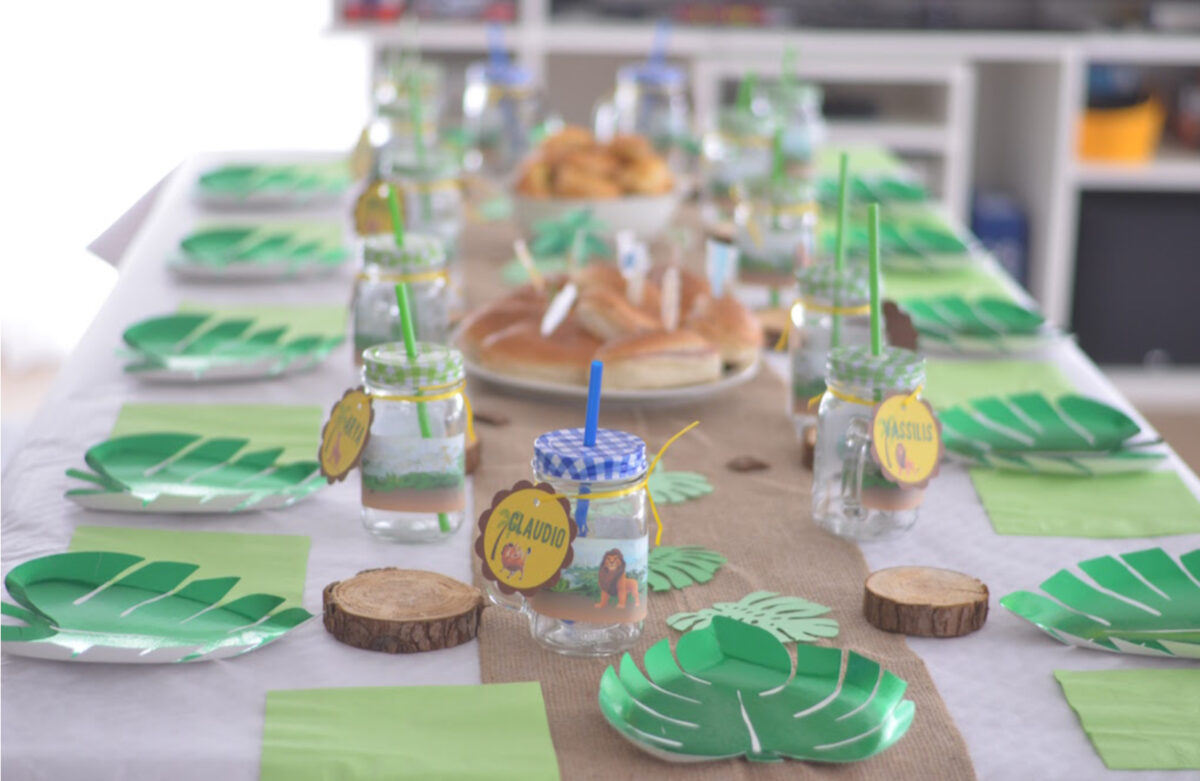 Create a lion king table setting with yellow, orange and brown colors, using plates, cups and napkins with the characters from the movie. You can also add some artificial grass and small lion figurines as a centerpiece.

You can make your own invitations using materials such as construction paper, markers, and glue. Create a simple design featuring characters from Lion King and include the party details.

On the other hand, you can also find Lion King themed printables for invitations online, you can download and print them at home, and then write the party details on the back before mailing them to your guests. Here’s what we’ve got from Bagvania for free!

This platter could include a variety of crackers, cheese and deli meats. You can arrange these items on a large platter or board, and use small lion or animal figures as decorations. 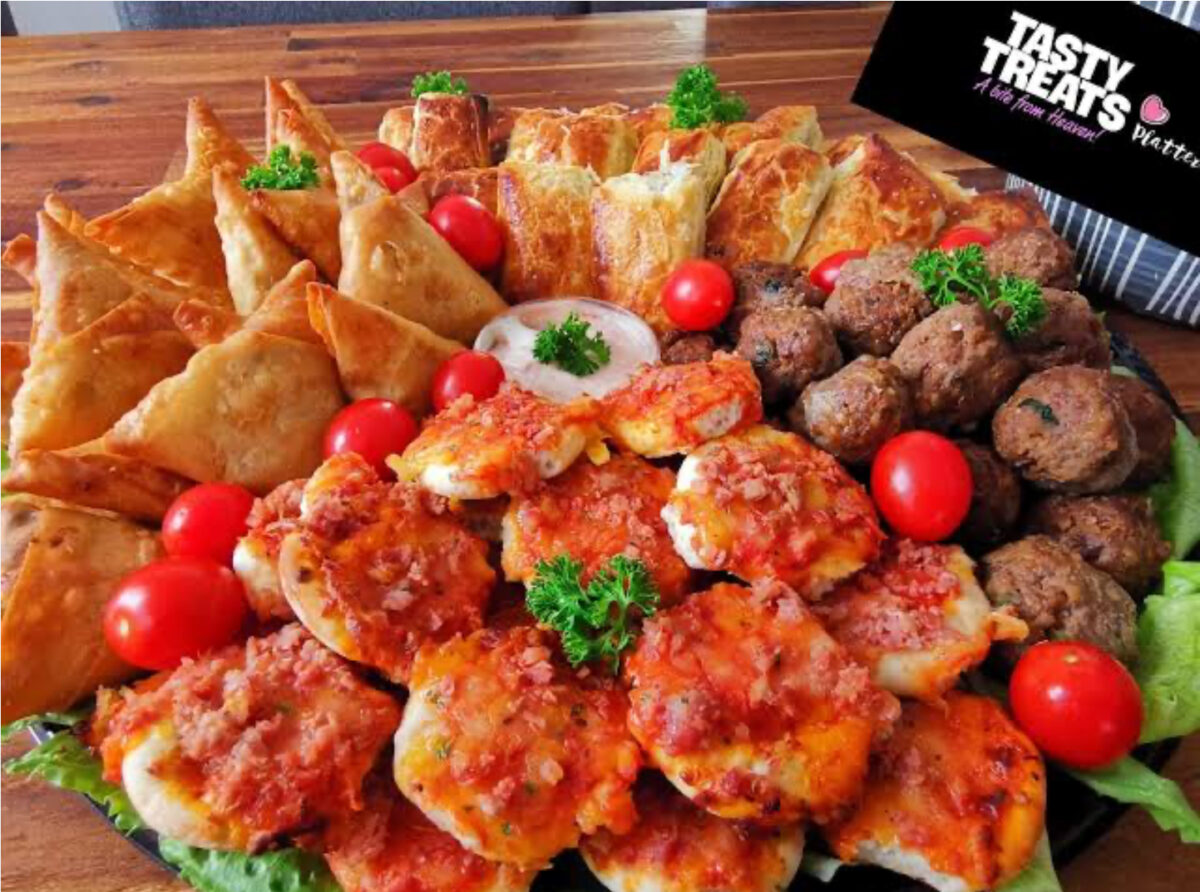 This platter could include a variety of fresh fruits, such as grapes, apple slices, pineapple chunks, and more. You can arrange them on a large platter or board and use small animal figures as decorations. 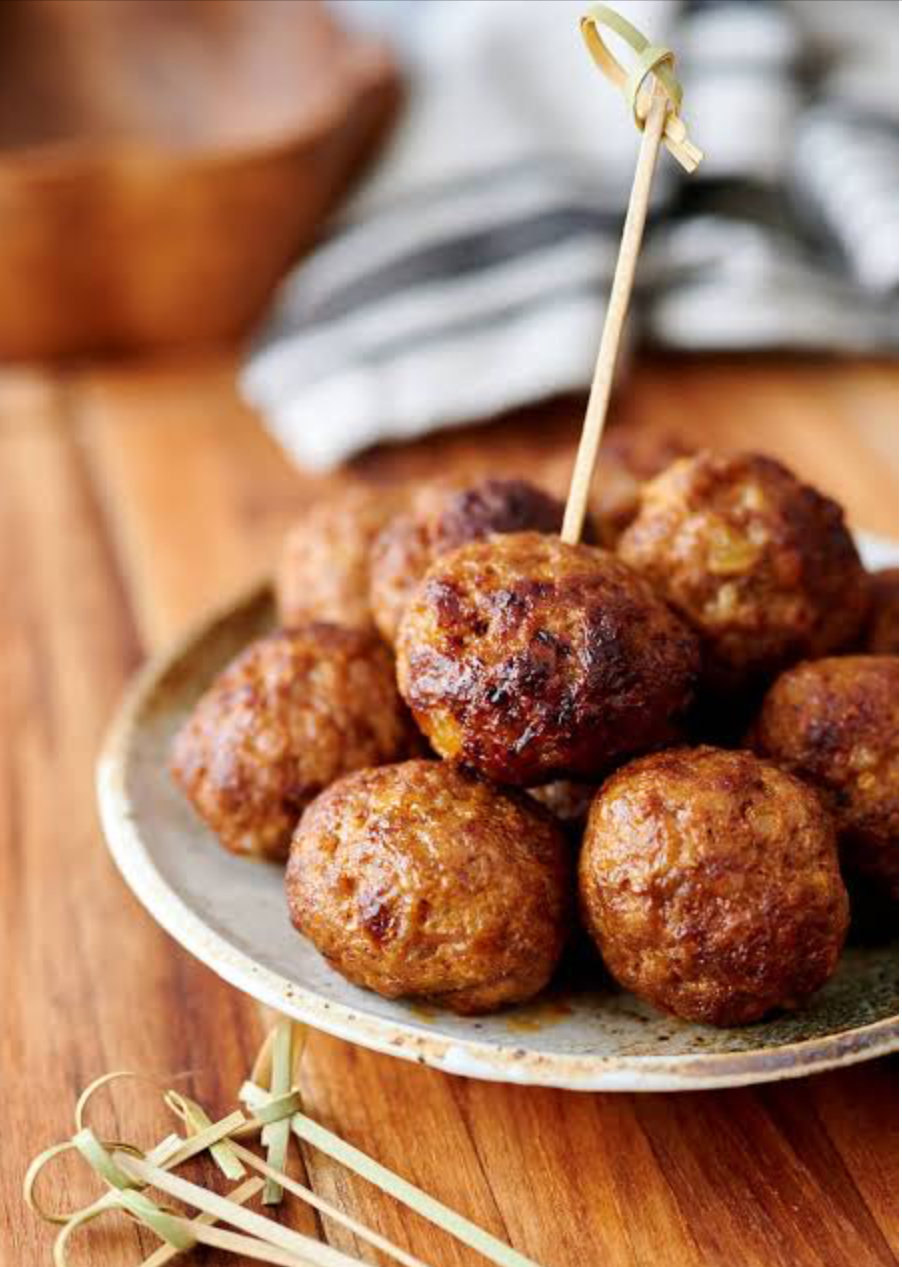 These meatballs could be made with a combination of ground beef and ground pork, and flavored with a mix of herbs and spices such as parsley, thyme, and garlic powder. They could be served with a savory tomato sauce for dipping. 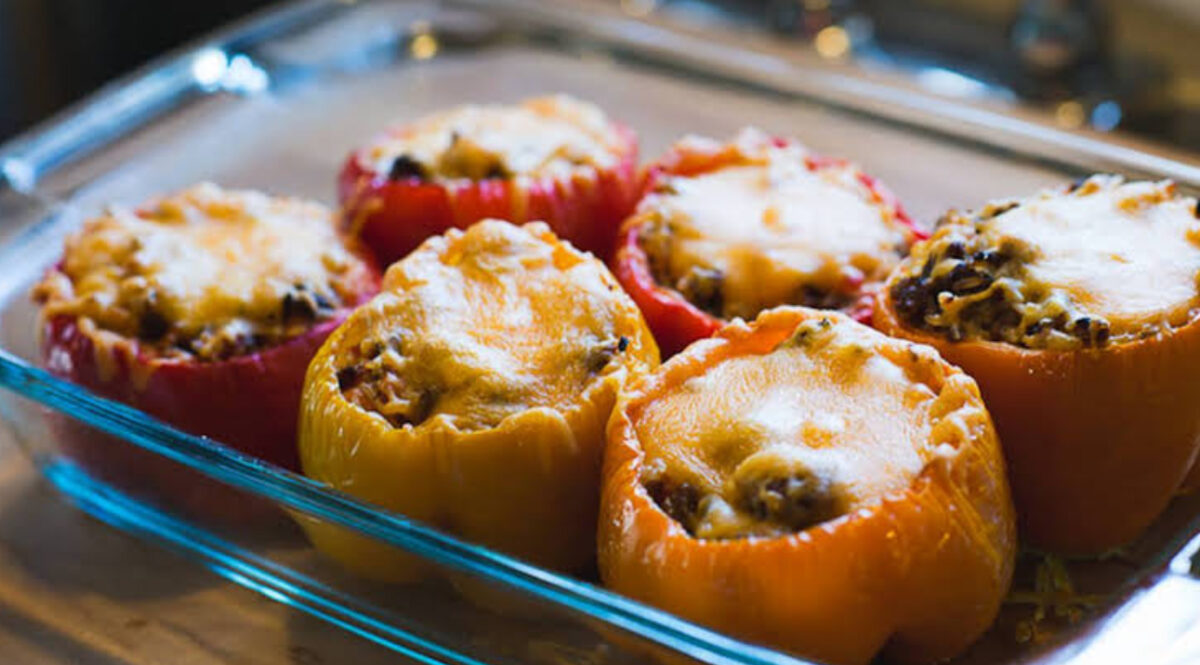 These stuffed peppers could be filled with a mixture of cooked rice, ground beef, and diced vegetables such as bell peppers, onions, and mushrooms. They could be topped with a sprinkle of cheese and baked in the oven until the peppers are tender and the cheese is melted. 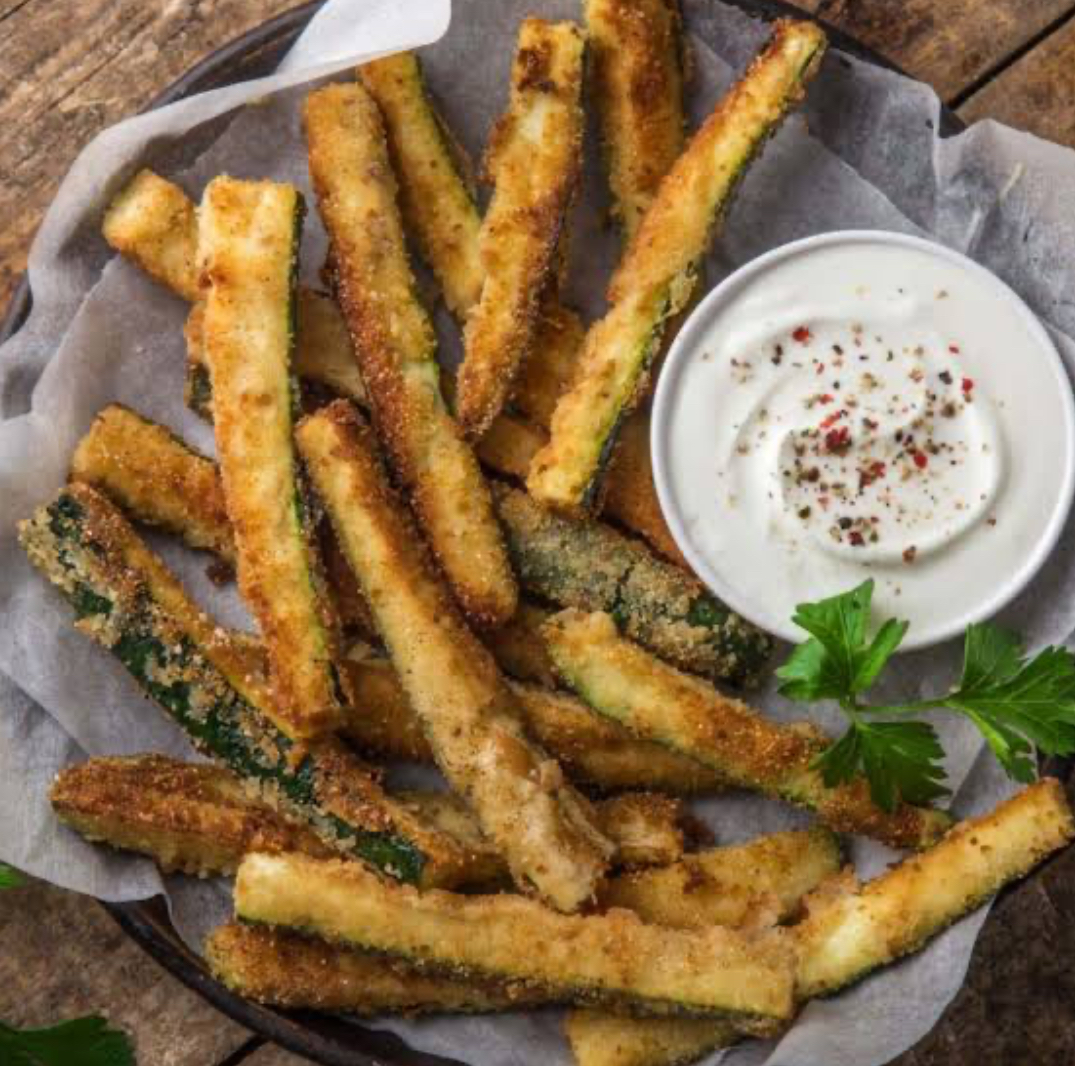 These zucchini fries could be made by slicing zucchinis into thin strips, coating them in a mixture of flour, egg, and breadcrumbs, and then baking them in the oven until they are crispy and golden brown. They could be served with a side of ranch dressing or a spicy dipping sauce. 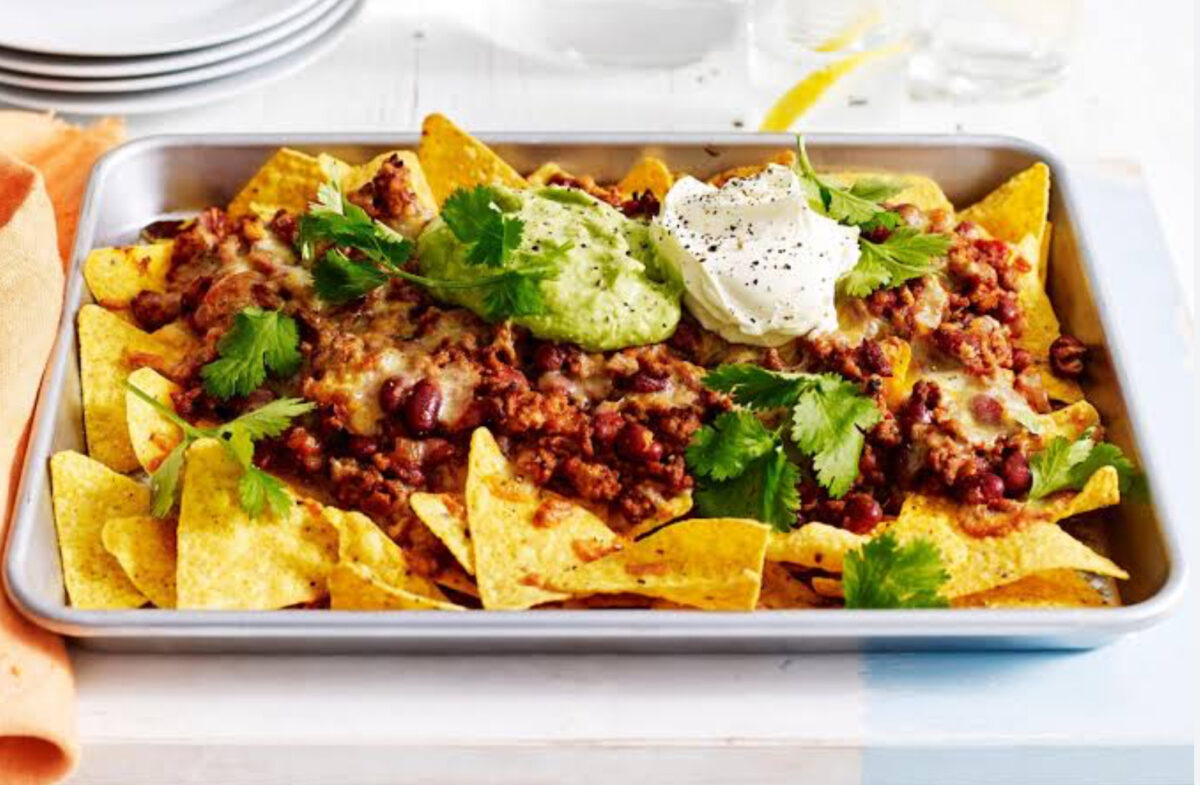 These nachos could be made by layering tortilla chips on a baking sheet, topping them with cheese, diced tomatoes, diced onions, and black beans, and then baking them in the oven until the cheese is melted and bubbly. They could be garnished with fresh cilantro and sour cream. 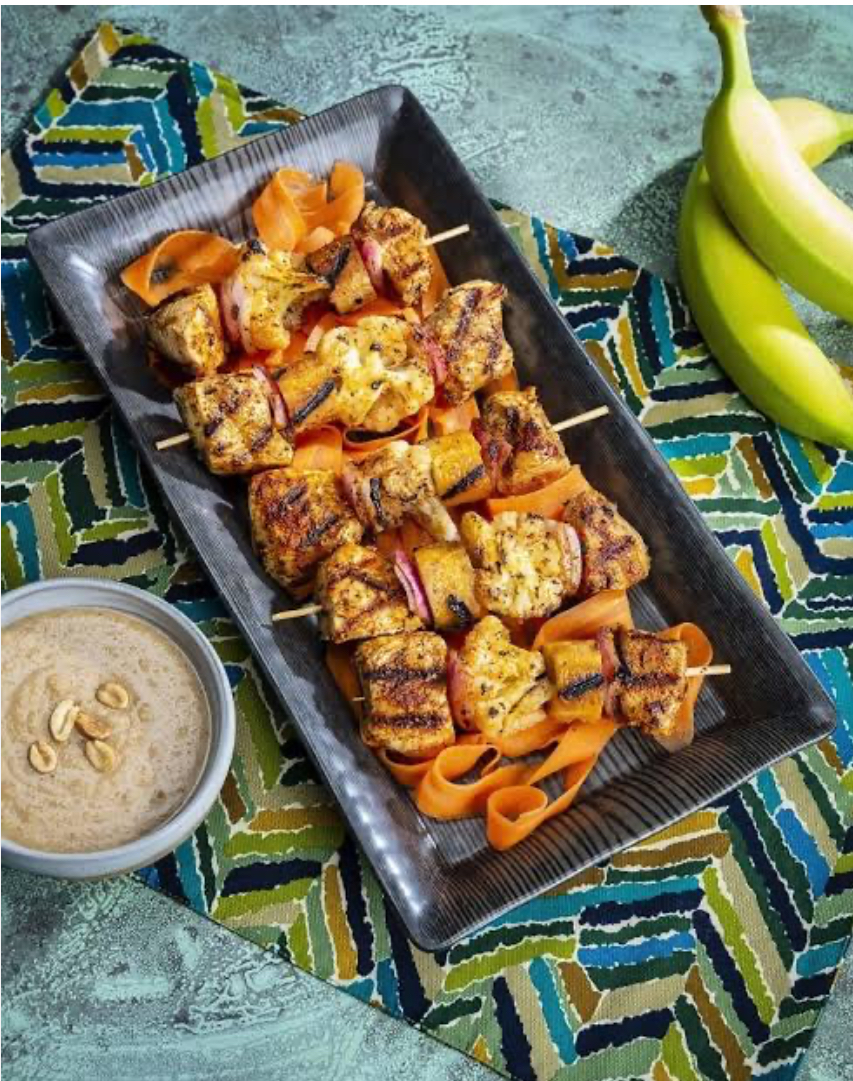 Thread chunks of chicken, beef, or tofu onto skewers with vegetables such as bell peppers, onion, and cherry tomatoes. Grill or broil the skewers for a few minutes on each side, and serve with a side of peanut sauce for dipping. 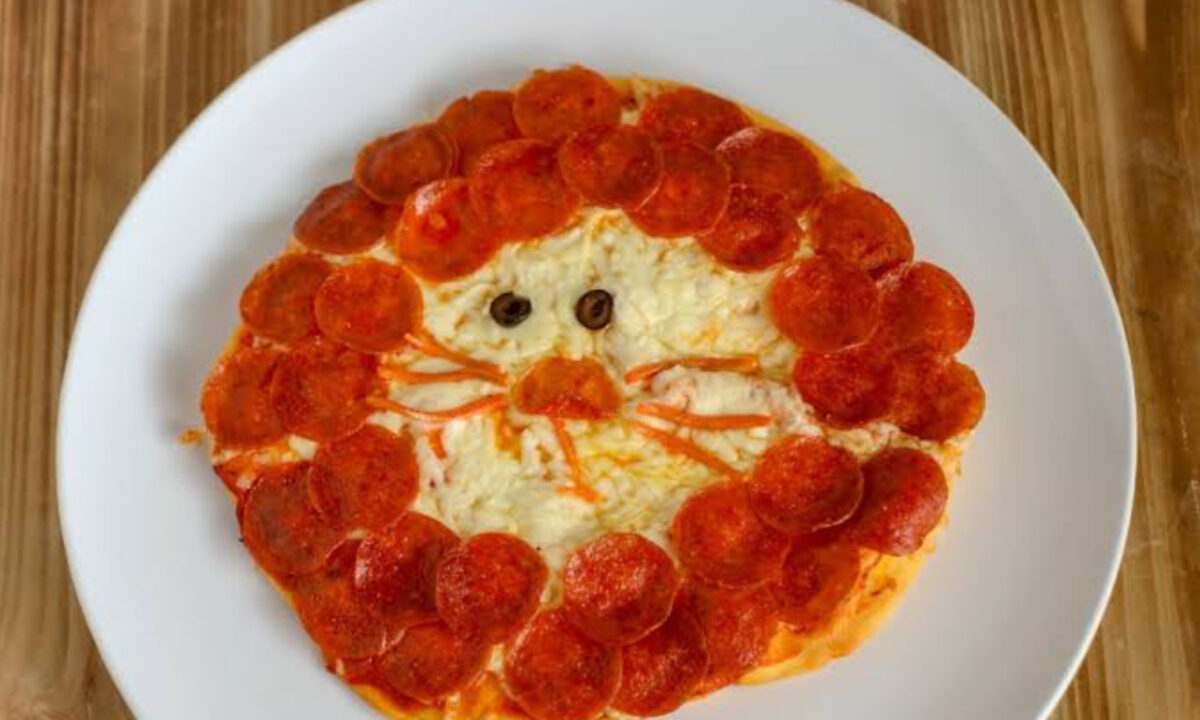 Marinate thin strips of flank steak in a mixture of olive oil, lemon juice, and spices. Grill the steak strips for a few minutes on each side, and serve with a side of chimichurri sauce. 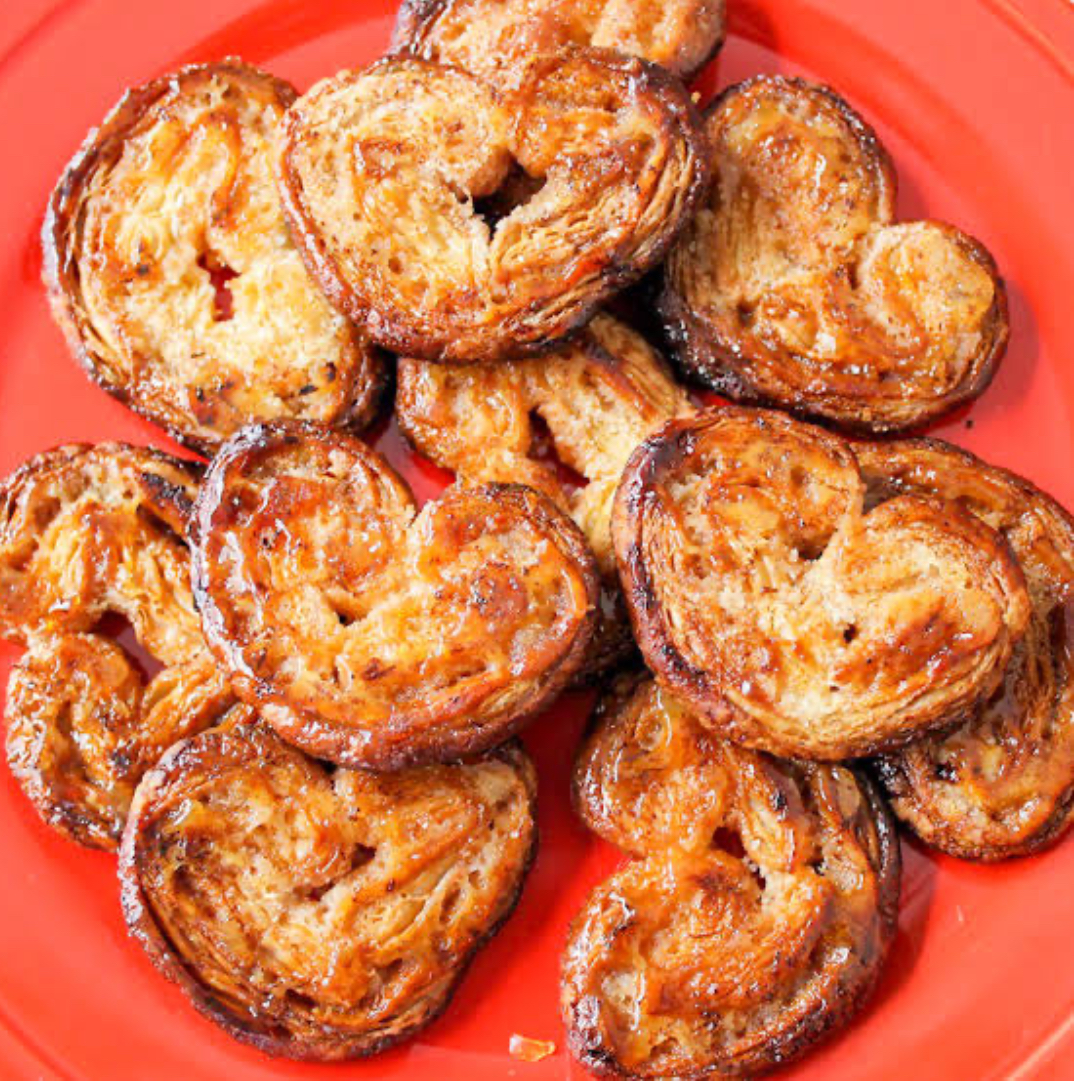 Purchase pre-made puff pastry and roll it out into a large rectangle. Spread Nutella on top and roll it up like a jelly roll, then cut it into slices. Bake in the oven according to the package instructions and serve warm. 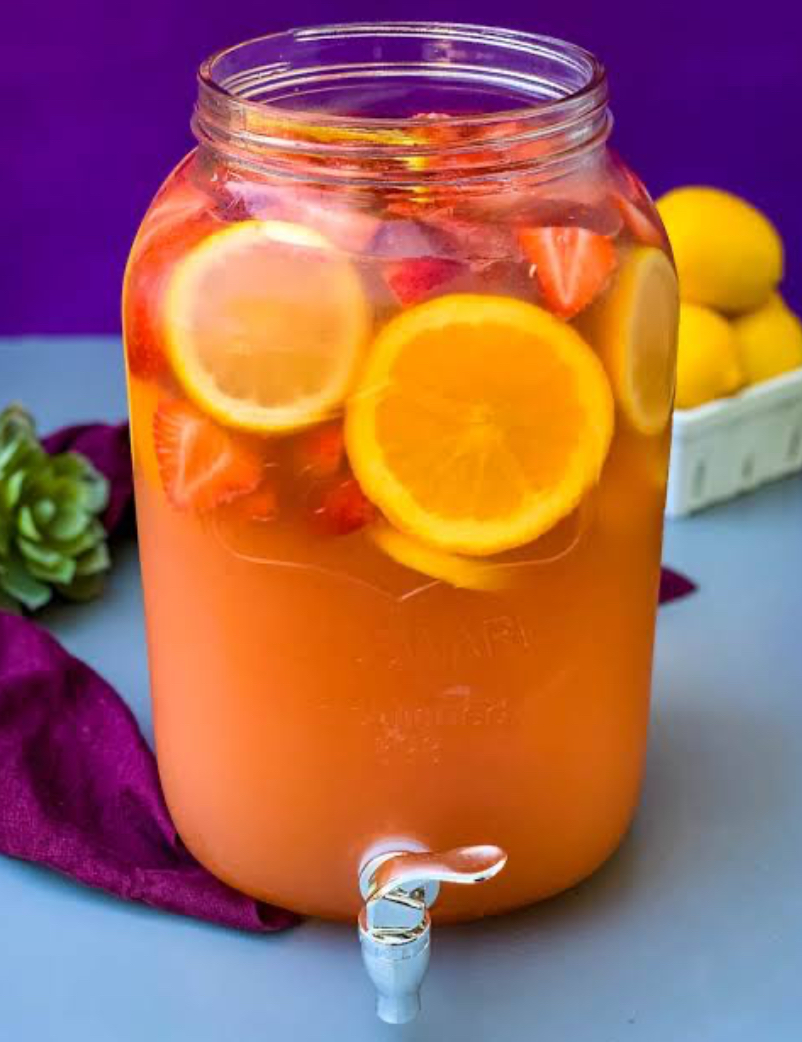 Serve a variety of tropical fruits like pineapple, orange, and mango in a large punch bowl, and add a splash of coconut rum for an adult twist. 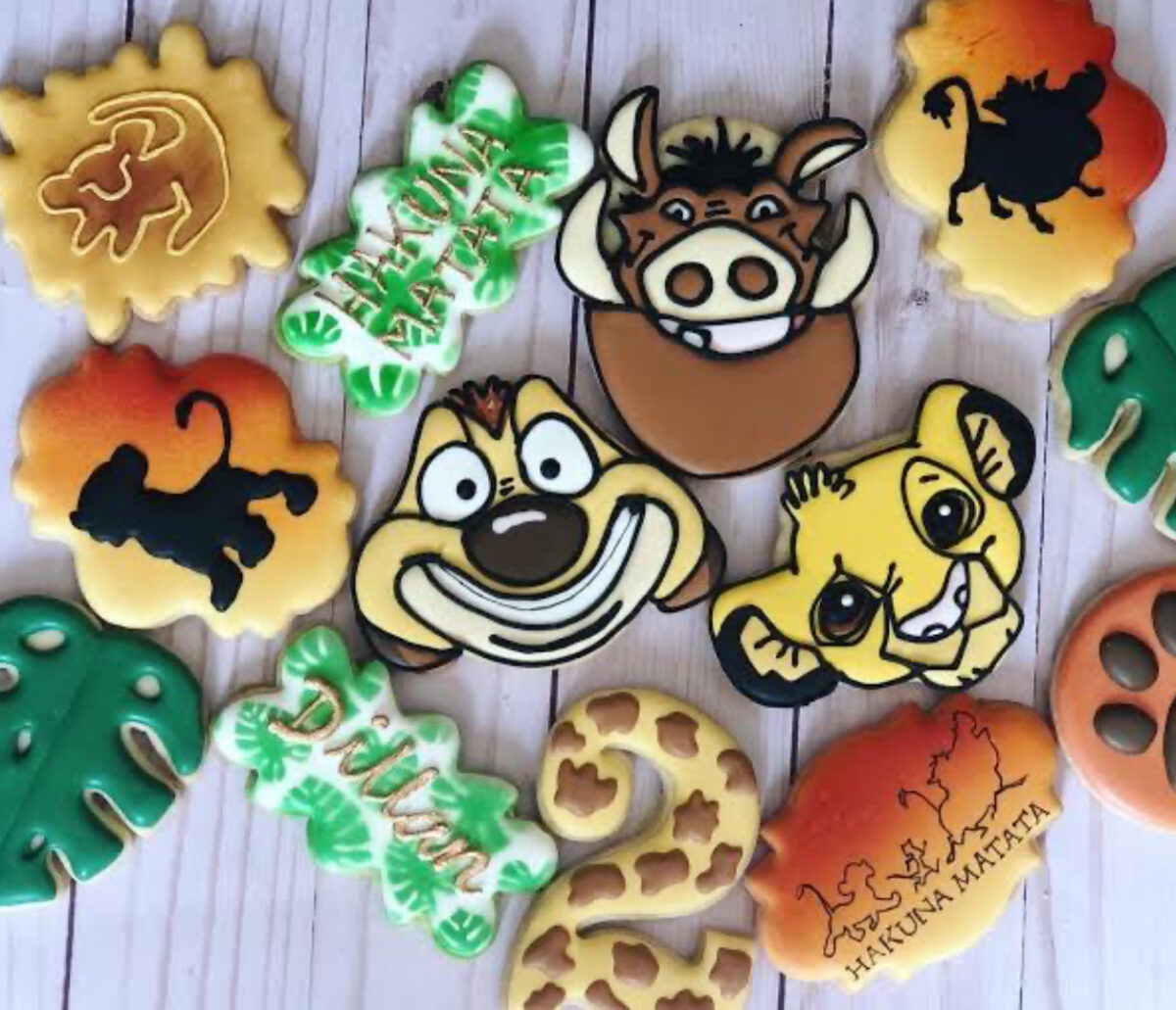 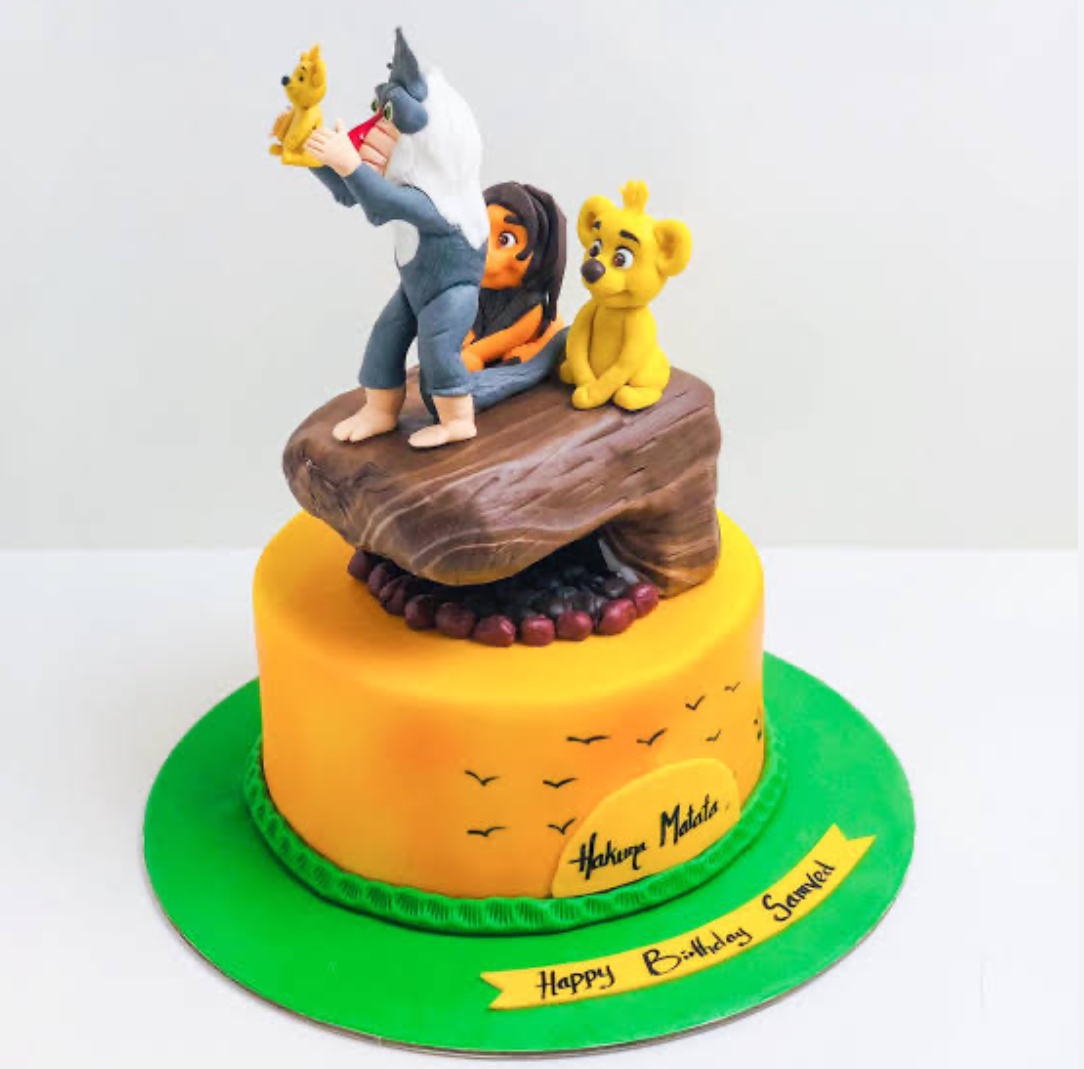 If you want to make something more elaborate, you can make a cake using fondant. Fondant is a type of icing that can be shaped and molded into various forms, such as the shape of the characters from Lion King. 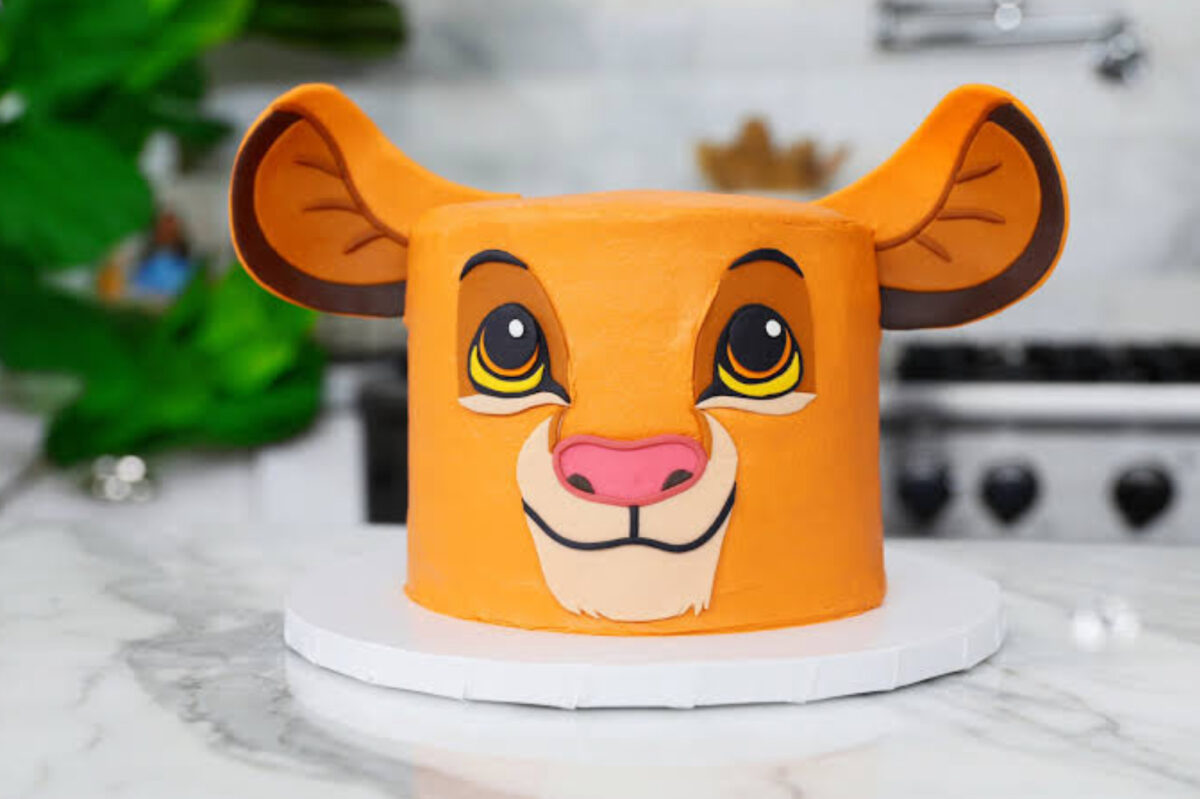 You can make your own Lion King cake topper using materials such as construction paper, markers, and glue. Cut out the shapes of the characters and use them as a cake topper. 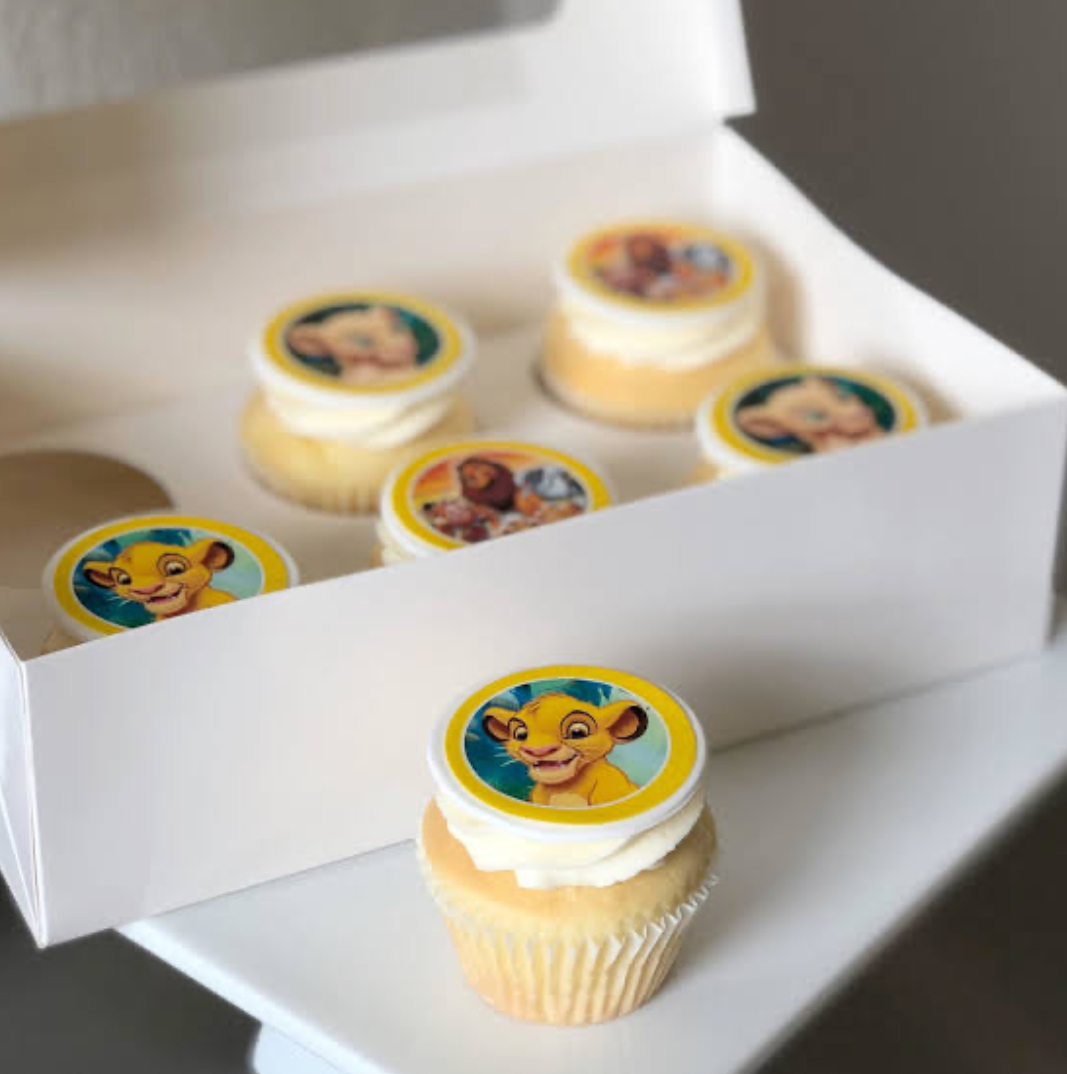 This is an exciting and interactive game for children. Hide Lion King themed items such as small stuffed animals, pictures of characters, and other items around the party area, and give the children a list of items to find. They can work in teams or individually to find all the items on the list.

Coloring is a fun and relaxing activity that can be enjoyed by children of all ages. Set up a table with Lion King coloring pages and crayons for the children to enjoy. You can also include Lion King themed coloring books and other art supplies. 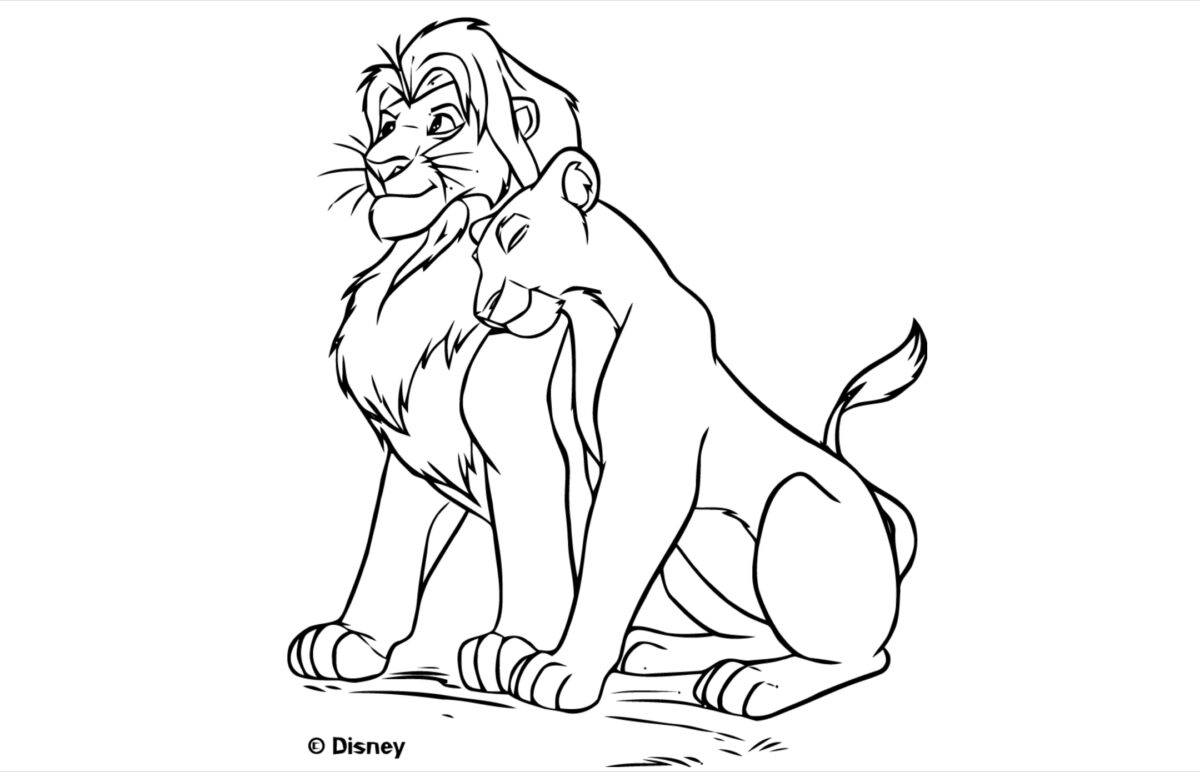 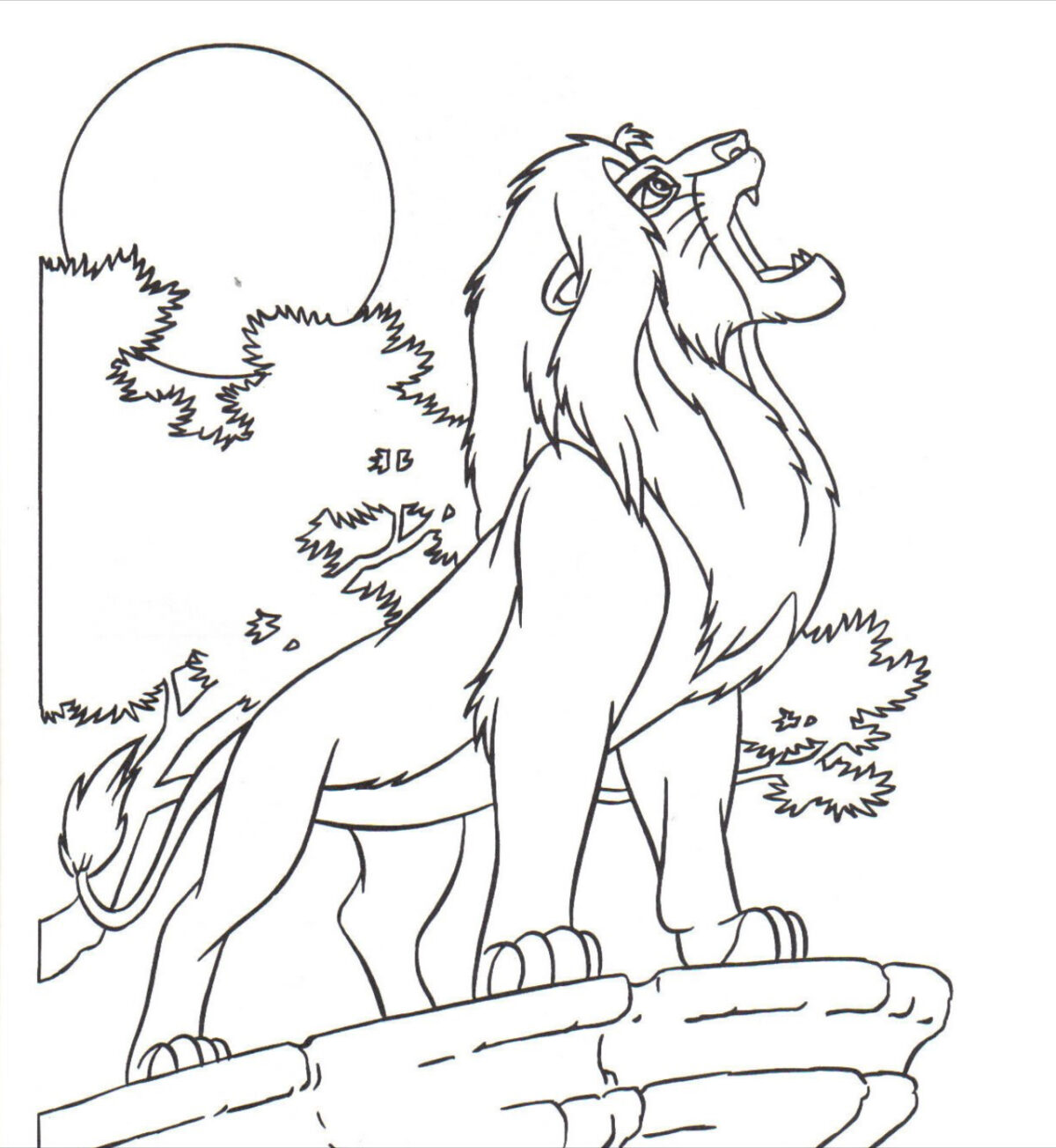 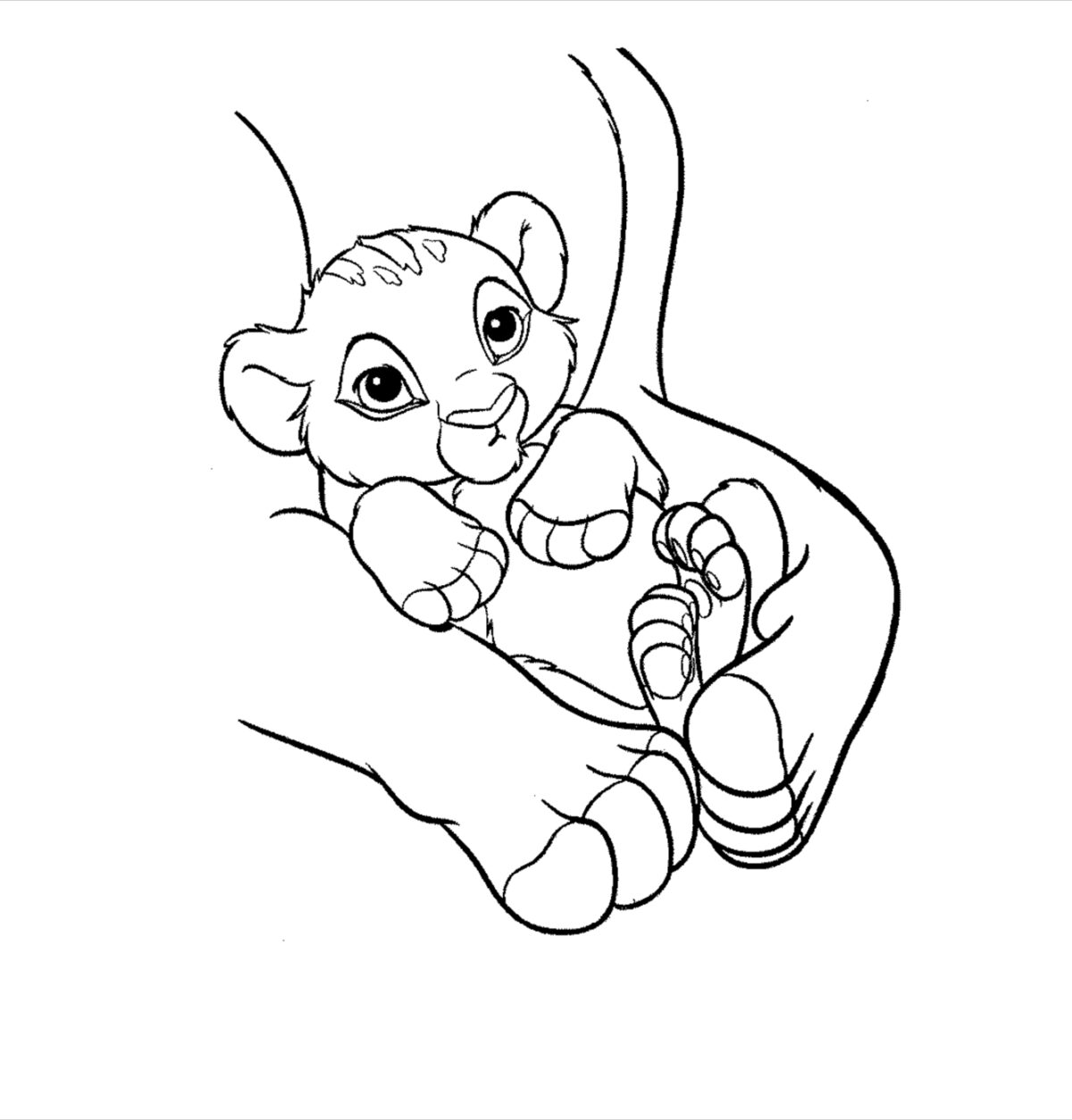 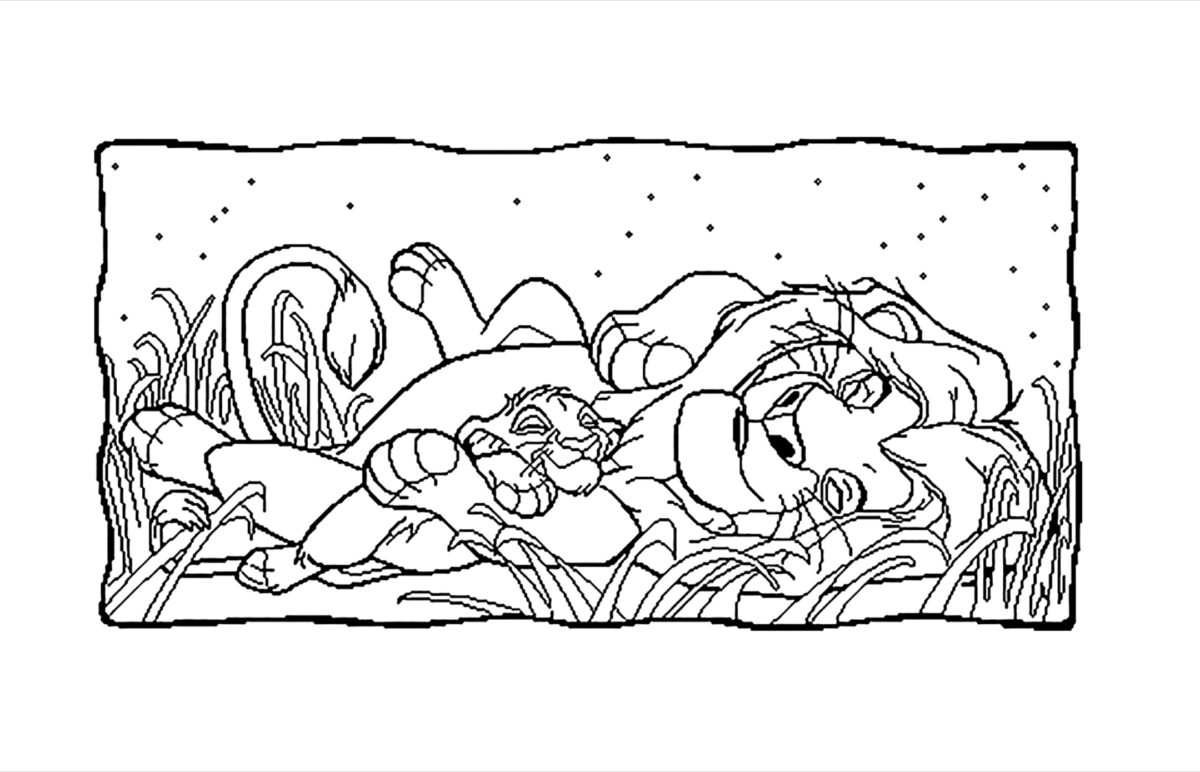 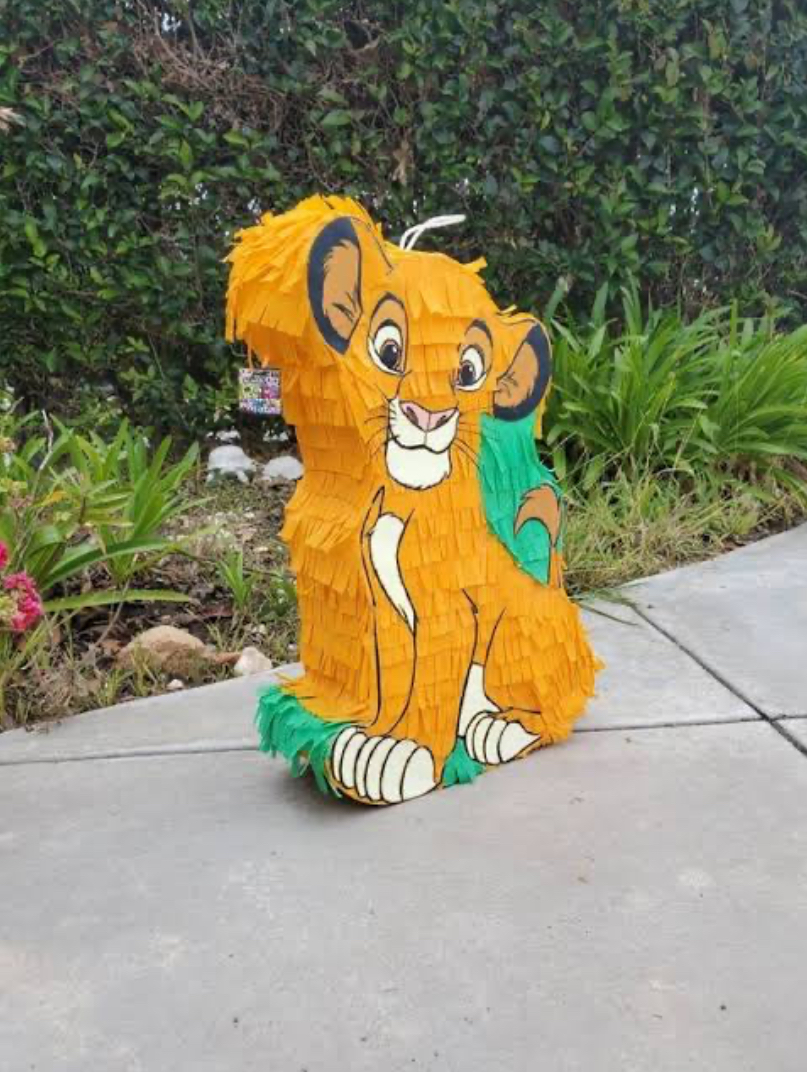 A pinata is a classic party game that is always a hit with children. Fill a Lion King themed pinata with small toys and candy for the children to take turns hitting until it breaks open. This game can be a lot of fun and also a great way to distribute party favors.

Create an obstacle course in your backyard or living room using Lion King themed decorations such as cardboard cutouts of animals, jungle foliage and other items. Children can race through the course and be timed, and the one who finishes first wins a prize.

Play Lion King music and have a dance-off, where children can show off their best moves inspired by the characters of the movie. This game can be a lot of fun and also a great way to get children moving and active.

Set up a karaoke machine and play Lion King songs, children can take turns singing their favorite songs. This can be a lot of fun, and also a great way for children to express themselves and showcase their talents. 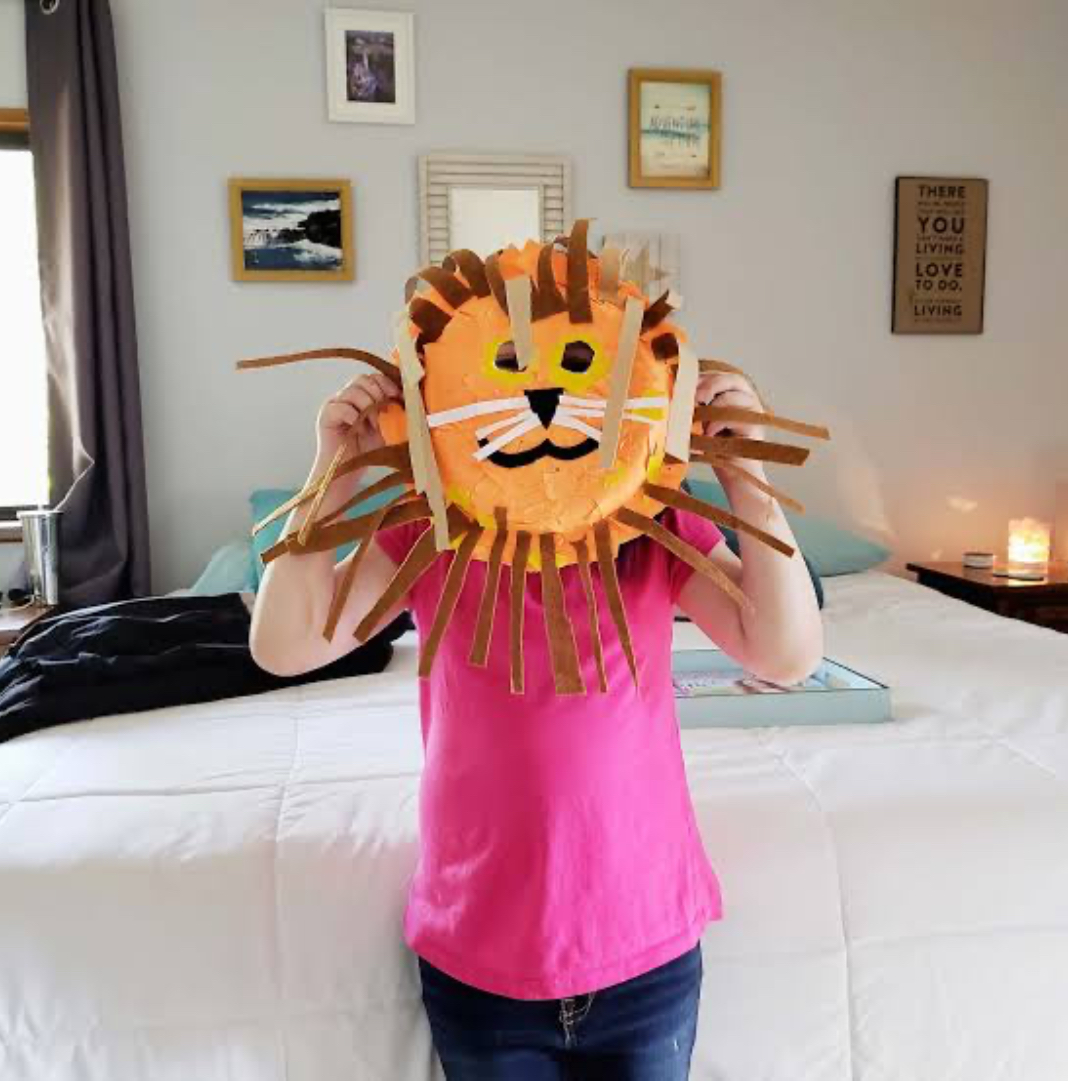 Provide materials such as construction paper, markers, and glue for the children to make their own Lion King masks. This activity is not only fun, but it also allows children to be creative and use their imagination.

Hosting a Lion King themed birthday party on a budget of $100 is possible with a little bit of creativity and planning. From decorations and games to food and party favors, there are many ways to create a memorable and budget-friendly celebration without breaking the bank.